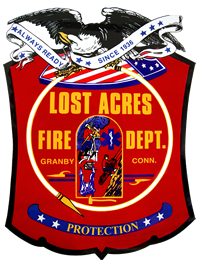 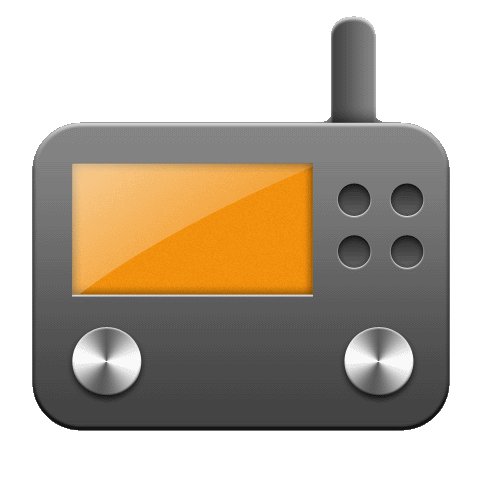 Or you can email us at This email address is being protected from spambots. You need JavaScript enabled to view it.

In 2011 the Lost Acres Fire Department celebrated the 75th anniversary of the formation of the department. For 75 years the LAFD has been providing fire and rescue services to the citizens of Granby. The LAFD was founded by longtime resident Horace B. Clark. Clark was a fire commissioner for the city of Hartford and established the department with eleven members on June 1, 1936. The name Lost Acres comes from the name of the Clark estate located in East Hartland and Granby which was where the first truck was kept, in Clark’s barn. The fire protection service was first offered to East Hartland but the service was declined. Seeing as most of the people that worked for HB Clark came from Granby, he offered the services to the town and they accepted. Prior to 1936 the town of Granby was protected by the Ensign Bickford fire department in Simsbury. In February 1941 the department was incorporated with 31 members being active at time. 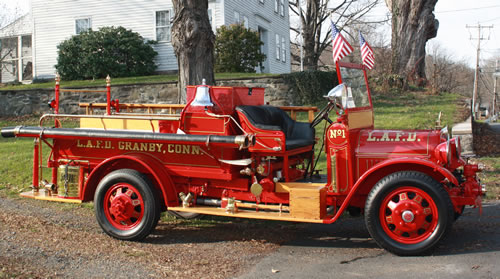 One special piece of fire apparatus still owned by the LAFD is the original 1921 Reo Speedwagon pumper truck (designated LA-1) that was the first piece of fire equipment owned by the LAFD.  Horace B. Clark purchased this pumper from the Ensign Bickford fire department in 1936 and this truck continued as working piece of fire apparatus well into the 1950s.  This truck has been painstakingly restored and maintained over the years as the pride of the department. The LAFD 1921 Reo can be seen in parades not only in Granby but throughout the region. LA-1 recently celebrated a milestone last summer when it won its 100th trophy for best antique apparatus.

While the nature of the fire service has changed over the seven decades since the LAFD was formed, the basic mission remains – to protect the life and property of the residents of Granby. Each year the volunteer members of the department spend countless hours in training on training ranging from the standard firefighting to hazardous materials and various types of rescue training such as vehicle and rope rescue. In addition to providing local fire service, the LAFD is also very active in the regional fire efforts as well. The LAFD participates in fire task forces which combine resources from several neighboring towns that can be used to assist other local departments or with incidents anywhere in the state.

As we move past our 75th anniversary, the officers and members of the LAFD would like to thank the town of Granby and all of the residents for their continued support. The LAFD is always looking for new members with no experience required. Just stop by the Center station on any Tuesday night.